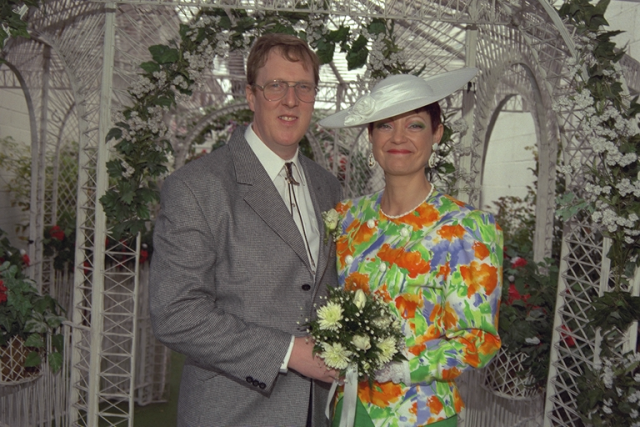 The great day! What a tale! It was fun and I got to marry the best woman in the world! 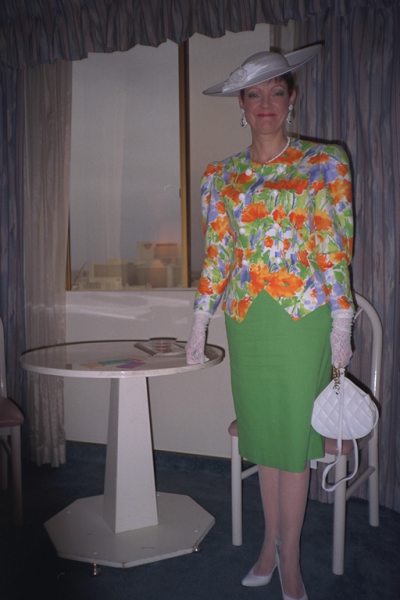 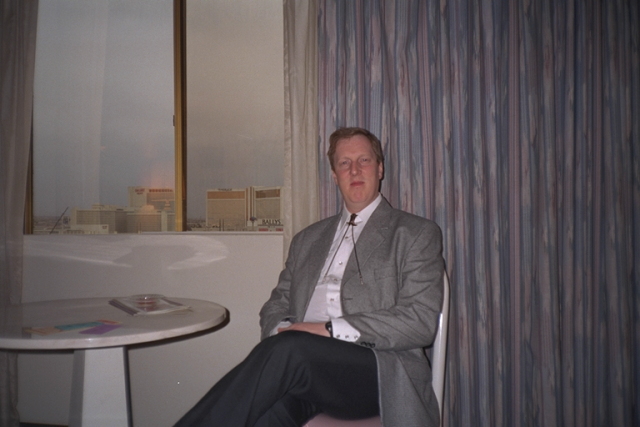 The start wasn’t so much fun though. Jet lag and/or being 8 hours ahead meant that, despite the long, long day before, we woke at about 4:00am and decided to go downstairs for an early breakfast in one of the Aladdin Casino’s 24 hour buffets. When we got back upstairs Lynne had loads of time to get ready and we were all ready shining like a new pin by the time the Limo was due to collect us at 9’o’clock. But it didn’t, we had to make several calls to The Little White Chapel before a non-limo finally collected us. 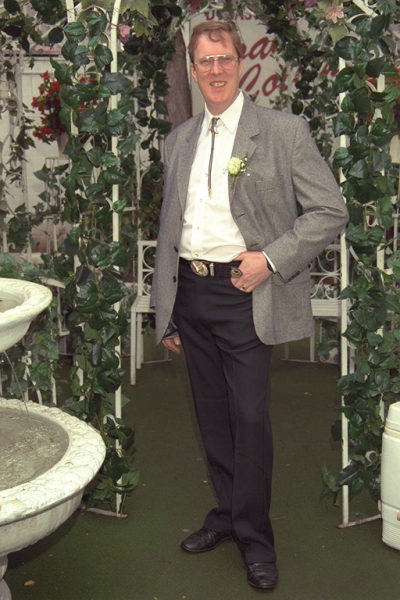 Which meant that we’d missed our appointed 10’o’clock wedding slot (the last one of the morning which is why I had booked it in the first place), and were informed that we would just have to join the line. Lynne ‘sweetly’ informed them that “in the UK a line is called a queue, and queue rhymes with sue, and that’s just what we’d do” if they didn’t get it sorted. So they took us outside to take the ‘after the wedding’ shots for the album we’d also booked. 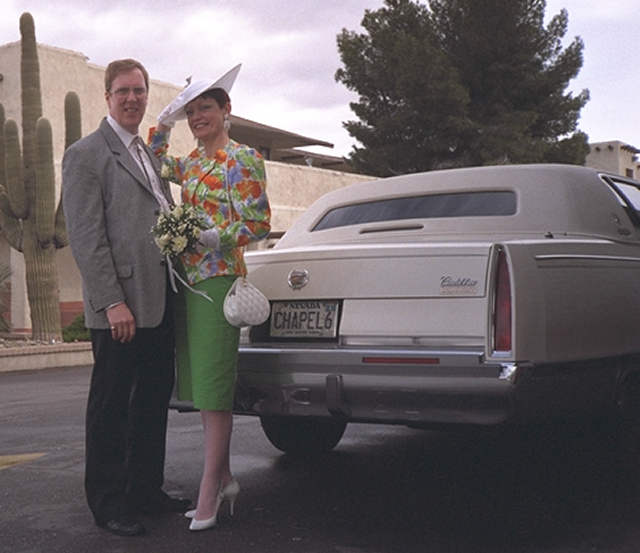 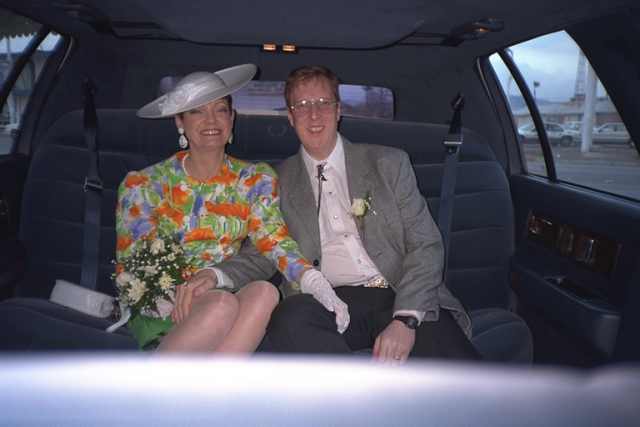 We then got to ride back to the hotel in the Limo which they’d finally found. There we had our Wedding Reception. Me and Lynne consuming two bottles of Californian ‘Champagne’. It was very nice and dirt cheap and did the job. Thank you to the Table Manager who took our photo after the Croupier politely declined my request stating it would break the State Gambling Laws to touch my camera. 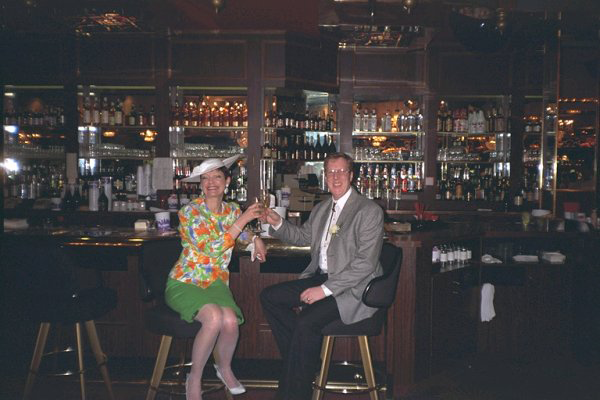