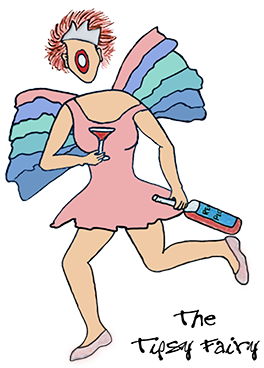 Intemperance, the tipsy fairy,
Lives for clubbing, dance and drink,
The life and soul of any party,
She’s not as selfish as you think.

She flies into each night club venue
And samples everybody’s glass,
Alerts if it contains Rohypnol
And so protects each dancing lass.

In local pubs she tests the bitter,
Guinness, ale and lager too,
Let’s the punters know if water’s
Added to their chosen brew.

In recents times more tests have been
Added to her repertoire,
She’s looking out for moonshine booze,
Cheap poison in a dodgy bar.

Wine producers just adore her,
She is known by every judge,
She helps them all with their decisions,
Giving them a gentle nudge.

She’s been known to hide the car keys
When she sees a drunken waif,
Phone the partner, call a taxi
To make sure that they get home safe.

So don’t condemn The Tipsy Fairy,
She’s more clever than you think,
Her mission is, when she’s imbibing,
To protect us when we drink. 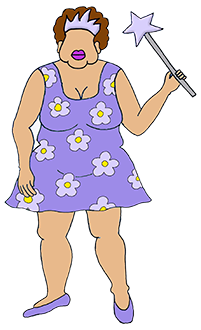 Here we have the plus size fairy,
She is pretty, large and round,
You can always hear her coming
By her transport’s roaring sound.

She doesn’t fly on fairy wings,
Fairy wings are far too weak,
Instead she rides a helicopter
For Fairy duties through the week.

She takes care of plus size ladies
Directs them all to Evans shops,
Simply Be and Marks & Spencers
For plus size trousers, skirts and tops.

She’s a star, the plus size fairy,
She makes her client group look great
Dressed in Simply Be and Evans,
For sexy isn’t just size eight! 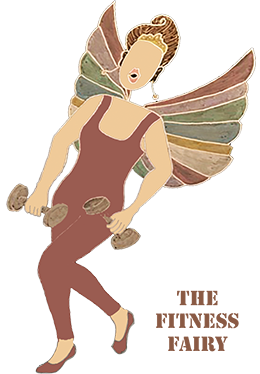 Fairy Butchers-Dog
Keeps a fitness log
To show how many steps she does each day.

Each workout is a slog,
But Fairy Butchers-Dog
Loves to sweat to keep the flab at bay.

This fairy fitness freak
Works out fifteen times a week,
So has no time for work or rest or play.

At the gym if you should peek
You might see her looking weak,
But she picks up once she sees you look her way.

Dumbells she will heave
To impress you as you leave,
Once you’ve gone she drops them crashing to the floor.

Her design is to deceive
For wants you to believe
She’s a Goddess, not a self-obsessed gym bore. 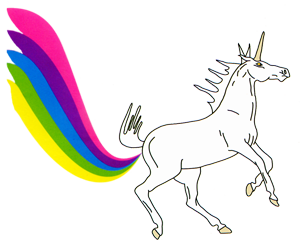 Unicorns fart rainbows,
It is easy to see why,
They get their rainbow colours
From Earth and sea and sky.

Yellow is from sunshine
They gather when they fly,
Orange from the oranges
From trees as they pass by.

Lavender and lilac,
Make their breath smell sweet,
And give the purple colour
So the rainbow is complete.

Unicorns are dainty
So when they need to pooh
The dig deep then they bury it
For that’s what Unicorns do.

Unicorns are magic
So from their pooh there stems
Something of great value,
Bright, sparkling, precious gems.

So every time you’re wearing
A pretty, glittery stone,
You’re watched over by Unicorns
So you’re never quite alone. 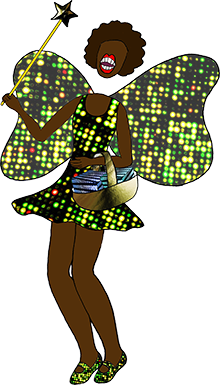 Data fairies have big teeth
So they can cope with megabytes,
Through the air, between devices,
On their busy daily flights.

They carry them in rigid baskets
For most of them are Microsoft,
They all know Microsoft is fragile
So they’re tentatively held aloft.

Sometimes big dogs help them out
With big loads they call pet-a-bytes,
They keep the fairies company
And guard them on their late night flights.

Fruit bowls help them carry Apple
Images, iTunes and Mail,
They’re such a boon to Photoshoppers
As their Big File baskets never fail.

They have some fun with Android users,
Often messing with the user name,
That’s Data Fairies making mischief
And Android users are fair game.

Wifi paves the fairies’ highways,
Highways only they can see,
Highways that they fly along
Safely and efficiently.

Data Fairies suffer boredom
And mischief making makes this better
So sometimes they will misdirect
Your message, photograph or letter.

They spin it round the Town Hall clock
In a whirling, fairy fairground ride,
Making sure it gets there late,
Then giggling, they run and hide.

But mostly Data Fairies teeth
Glisten in a happy grin,
Making sure that things run perfectly
In this data driven world we’re in.

The thing that we know about Fairies
Is that they can be both good and bad,
And whilst they are often mischievous,
They are generally happy, not sad.

What we know about Gremlins is different,
They seem to be made to annoy,
And while fairies are usually female,
A Gremlin is always a boy.

Both Fairies and Gremlins surround us,
They support and annoy and confound,
But we rarely, if ever, can see them,
Just the havoc that they’ve left around. 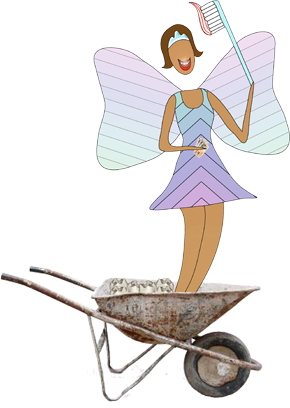 Children between six and seven,
Ascend to monetary heaven
For every time a tooth is lost
Flossie, the Fairy, bears the cost.

Dental Flossie is so sweet,
She takes each tooth that’s packed up neat
And tucked beneath the pillow case,
Then puts some money in its place.

Now this behaviour might seem weird
But every tooth has reappeared
As a Fairy building brick,
A very eco-friendly trick.

Yes every Fairy wall and roof
Is made up of recycled tooth,
Bonded with the best toothpaste
So nothing ever goes to waste.

So fairy mansions, castles too,
Are all a gleaming, creamy hue,
And you will recognise their scent,
That’s right, its toothpaste peppermint!

So children between six and seven,
Don’t think your monetary heaven
Is Mum or Dad or Fairy tricks.
Its Flossie buying building bricks.